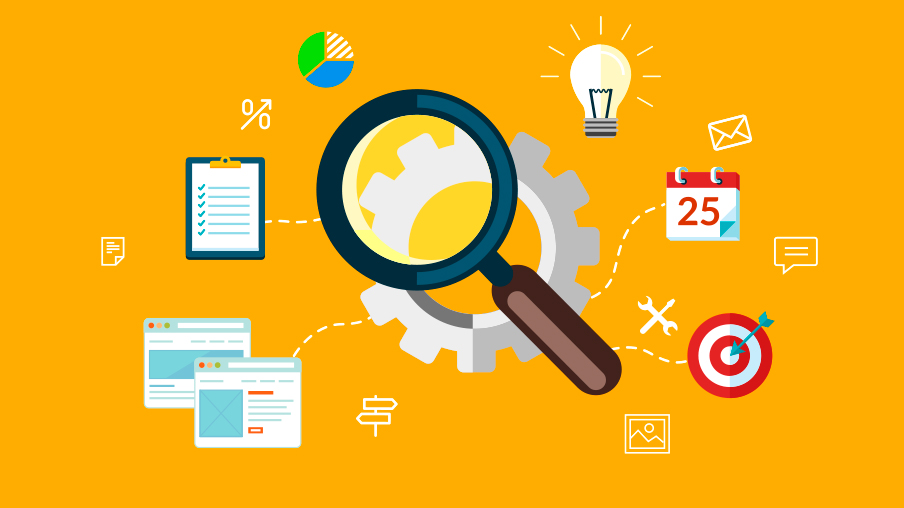 A non-profit government organization turned to us with a request to automate license sales by using cutting-edge technologies. One of the project’s challenges was to automatically synchronize data with the Legacy business process management system that the organization had used for at least 10 years.

The company specializes in license sales and renewals. Licenses are issued at the client’s request after certain data is provided.

In its early stages, the company serviced all license applications by phone or regular mail, using an obsolete system.

The main task of the project was to automate the payment process and the issuance of licenses to platform users. At the same time, the existing business processes had to be integrated with the site for real-time information exchange.

As part of the project development, the client received the following services:

The products of the project include:

The development of new software along with the use of existing enterprise solutions often requires following certain processes that are already automated in the system.

It is necessary to understand exactly how data will be used by the integrated system, and how it will be converted and returned.

In our case, part of the well-established system was already automated. This meant we needed to analyze the system’s operation, including its interface and the user’s interaction with the application. We also had to search for dependent reports.

It was necessary to organize data exchange between the databases of two applications, ensuring two outcomes:

These tasks were somewhat complex due to the inability to test real data, as well as a high degree of uncertainty in the analysis of stored data.
The greatest difficulties were caused by two factors:

Considering the need to perform joint testing of two applications, a project-specific infrastructure, including the client’s server software, was created. At the end of the work, a full cycle of the client’s business processes was tested, with active data synchronization of the two systems.

The Gitlab CI/CD system was applied to improve the processes associated with code delivery.

When developing a general project solution, the structure of the entire project and how users interact with it must be analyzed. This allows for the proper distribution of features throughout the system, and prevents duplication and/or unsatisfactory user experience.

Comprehensive development includes all the activities of planning and creating a solution that allows the integration of all necessary systems, within the framework of achieving project objectives.

Work on such projects is carried out according to the waterfall scheme: The structure and the interface of the project are first determined, followed by development and release.

An integrated application ensures the execution of the customer’s current business processes and preserves a well-established workflow, while modification of the system leads to changes in the users’ interaction.

The application developed by the Clever team entailed a list of documents and artifacts of an integrated business solution. In particular, the automation of funds acceptance and license issuance took place within the framework of this project.

Once the affected processes were identified, it was necessary to describe them in the clearest manner, in order to prepare the customer and its staff for changes.

The following artifacts were required:

Wireframes with 44 layouts were developed. They comply with the required functionality, including:

Website requirements were developed based on the results of Wireframe development. Functional and nonfunctional rules, integrations, and the logic of their work were described in detail.

Requirements for the data exchange module and the integrated system were developed independently. They encompass the following:

In addition to data exchange schemes and change tracking agreements, a general data workaround was developed, taking into account:

This allowed for a safe and transparent launch of the working version, with live data in operation.

When trying to integrate with third-party software, it is necessary to perform a number of simple steps to determine the technical feasibility of integration and acceptable use cases, taking into account the existing restrictions and prescriptions in the system.

If the system is being actively developed or systematically supported, there are often knowledgeable people who can make any necessary clarifications.

If no one is available to clarify, it may be necessary to perform an analysis by means of reverse engineering of the software and its database.

One of the first tasks to be solved when analyzing an existing environment and beginning integration is to understand which test environments are needed to perform a secure debugging of data exchange.

As part of the study, an environment identical to the real one was set up. It became the platform for subsequent development and debugging of the exchange and related business processes.

To make sure the test environment worked just like the production environment, a series of tests were carried out by the customer’s department staff members.

Once we had a test environment that was identical to the public one, we began to investigate how the current solution is used, and what data it stores and changes when interacting with users.

As a result of the investigation, we established requirements for the exchange module, including:

When forming the technical stack of the project, it was necessary to take into account:

It is also worth taking into account the availability of resources and their levels, as well as the experience of the teams involved in the project.

In our case, the set for providing one environment contained:

While working on an application, developers often change the system. Edits are made dozens of times per day.

We needed a way to find out whether the system would work well after corrections. When working with one server, code can be updated and results revealed within a few seconds. But when working with 3 environments, with 4 systems in each environment, updating them manually becomes a labor-intensive process.

Using an automated system to update code and databases can minimize the time of code deployment.

Since the endpoint of using our application was integration with live data, we had to know how data would be affected during the launch process, or during any related activities in the development lifecycle.

After sanity checks, while testing applications in development and production environments, we experienced several rollbacks. Further analysis pointed to additional issues, mostly related to differences between user environments, that needed to be resolved. Since users constantly remained in the system, it was extremely challenging for us to run imports and checks.

A testing system was developed to make sure the user environment continued to work normally and its functionality would not be affected.

All these activities were united into a Deployment Plan with a series of tests and scheduled actions.

Finally, after passing all the checks, the system was launched.

As a result of the entire complex of work on the project, the client received:

Marketing for Physical Therapists During COVID